A storm has gathered in the trucking industry. 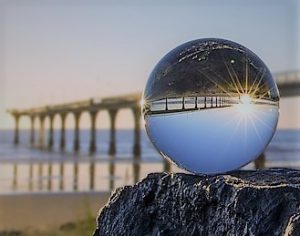 A freight recession that began in 2015 and continued through 2016, led to historic lows in driver turnover in the fourth quarter of last year. The American Trucking Associations (ATA) reported Q4 turnover at large fleets fell to 71 percent and to 64 percent for small fleets last year. Turnover increased slightly in the first quarter of 2017 and then surged as freight volumes rebounded in the second quarter. In Q2, turnover rose 16 percentage points at large carriers and 19 points at small carriers to the annualized rates of 90 and 85 percent, respectively, the ATA reported.

The impact of ELDs

Capacity constraints and freight growth have set the stage for a favorable pricing environment for motor carriers. Those who got an early start in complying with the electronic logging device (ELD) rule find themselves in a better position to take advantage than those who waited. Companies yet to implement ELDs can expect to see productivity decrease from 8 to 12 percent initially and 3 to 5 percent thereafter as they move through the learning curve of the technology. We’ve had conversations with some carriers who estimate their initial productivity fell 10 to 15 percent, and in some cases more.

Freight volumes and ELD compliance contributed to the increases we saw in driver pay during the second and third quarters of 2017. We’ve also seen a new, and bigger round of sign-on bonuses from carriers aiming to recruit the more tenured drivers. On Sept. 21, John Larkin, head of Transportation and Logistics Research for Stifel Nicklaus, evaluated the current market conditions and noted that the only “pillar of stability” for carriers is to win the battle of driver recruiting and retention. Anticipating that recruiting will continue to be more difficult, many carriers have increased their focus on using retention tools to retain drivers.

Carriers using the Stay Metrics Driver Survey and Driver Rewards platforms have been outperforming their peers in retaining drivers for quite some time. During the pivotal second quarter, turnover among carriers using both products increased by two percentage points, on average, from 58 percent to 60 percent. To help carriers prevent early-stage turnover, the 7-day and 45-day onboarding surveys identify early expectations, experiences, and satisfaction levels of new drivers. The annual Driver Satisfaction survey shows carriers their areas of strength and weakness using peer grouping and year-over-year trend analysis. Exit Interviews also give insights — in their drivers’ own words — on why they left.

Our custom-branded Driver Rewards platform helps to increase driver engagement at all stages of the employment lifecycle. Drivers earn points and recognition for attaining benchmarks and achievements based on reward categories and metrics that carriers establish. Drivers login regularly to their carriers’ rewards portal to track their points and progress towards the items on their wish lists. They can redeem points towards thousands of non-cash items in an online catalog with everything from movie tickets to vacation packages. Family members often become involved and advocate drivers to stay with their carriers so they too can reap the benefits of the rewards and recognition drivers achieve.

Many of the carriers who come to us have already established a driver-centered culture or are intent on building one. They are using our data-driven platforms and insights to continually improve the experience of drivers at their companies. The Driver Survey and Driver Rewards platforms provide a steady and reliable stream of insights to proactively increase engagement and retain drivers. For example, using the data might lead a manager to reassign a driver to a new dispatcher or create a new rewards category that further increases driver engagement. Retention tools certainly help companies build and sustain driver-centric cultures, but improving the driver experience also takes involvement from everyone to make the most of every interaction and execute strategy. Now more than ever, the market conditions favor carriers who make the commitment and investments that retain drivers to outperform their peers.

For more information on how Stay Metrics’ retention tools can supplement your efforts to build and sustain a driver-centric culture, please email us at tim@staymetrics.com or give us a call at 1.855.867.3533.

Want to be notified any time we release a new blog? Fill out the form to the right and we will make sure you know.