With preparations underway for National Driver Appreciation Week, Sept. 9-15, our blog series continues with revisiting two questions that fleet executives and managers may have:

Do my drivers really feel appreciated? What could we do differently throughout the year? 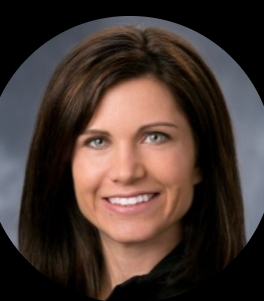 The first blog explained the differences in driver incentives and reward programs for showing appreciation. To summarize, drivers will think incentives are part of their compensation plans. If and when they fail to obtain an expected payout they will view an incentive or bonus program as unrealistic.

What you hoped would be a way to show appreciation by giving drivers a chance to earn extra money can create feelings of resentment and contribute to turnover.

A Driver Rewards program, by comparison, offers a more holistic approach for recognition and appreciation. Fleets can create many forms of recognition that increase driver engagement and build loyalty.

The limits of money

I recently spoke to a driver who works for a company that does not offer a rewards program. The driver previously had worked for one that did.

“What was it about that program you enjoyed?” I asked. The driver had changed jobs and so I assumed he was making just as much, if not more, money than he did before. His answer revealed that money is not all that mattered.

“The fact that they offered (rewards) made me feel appreciated,” he said of the former employer.

Professionals in any vocation want to feel valued for contributions that go beyond earning a paycheck. Rewards are an effective way to recognize their contributions and promote a culture of appreciation.

Below are some recommendations for how carriers can use a privately branded Driver Rewards platform to make drivers feel appreciated year-round.

My own experience of using Driver Rewards at a carrier and working as a Driver Experience Specialist with Stay Metrics has proven that what makes drivers feel appreciated is when carriers value their time.

Many of their work-related activities benefit the company and so rewarding drivers for things they do that make a difference, but traditionally have not been compensated for, is a good place to start.

For example, many carriers do not pay their drivers for taking online safety training courses or for accurately managing logbooks and their trip paperwork. Fleets can also award points for completing safety quizzes, spot surveys, and the in-depth annual Driver Satisfaction survey from Stay Metrics.

Another way to show appreciation is to give “applause” awards. A fleet manager could send a note to a driver that 5,000 points have been awarded because of a customer compliment, for taking a difficult load and for referring a driver who was hired, among many other possibilities.

Rewards do not have to be large to show appreciation. Even when the amounts are small the frequency shows drivers they are appreciated and recognized for being a professional.

Driver Rewards also make it possible to more frequently recognize drivers for tenure. Many carriers give drivers an annual raise but given the risk of early turnover that may not be enough.

Our research shows that more than 70 percent of driver turnover occurs within the first year of employment. Consider rewarding drivers for their tenure after the first three months, for example, and on their birthdays.

Motor carriers might also consider shifting some of their current financial incentives to their Driver Rewards platform to build engagement and loyalty. This strategy has a payback from aligning the motivation of drivers to achieve status, recognition and rewards with the “metrics that matter” to a business.

Motor carriers that use the online Driver Rewards platform can use metrics from virtually any type of driver management system as the basis to award points on a scheduled basis.

All of the points that drivers receive can be redeemed at any time for thousands of items in an online catalog through the rewards platform. We find that the families of drivers often become advocates for drivers to stay with their carriers as they want to see the driver’s points add up
towards the items on their wish lists.

In part three of this blog series we will explore in more detail various strategies carriers are using for their privately branded Driver Rewards platform to make drivers feel appreciated and engaged year-round.

Want to be notified any time we release a new blog? Fill out the form to the right and we will make sure you know.